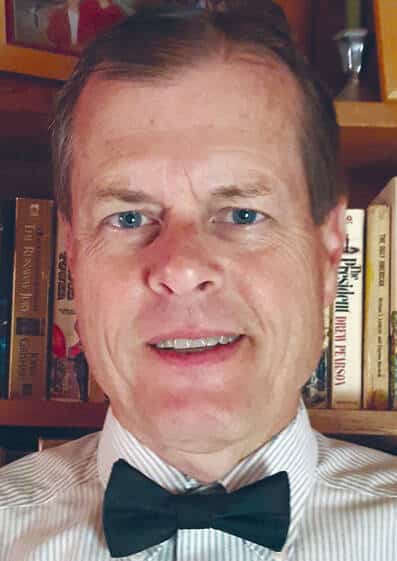 Autumn is a great time of year. Summer is good, too, and even winter in Ohio is OK as long as you don’t mind not seeing the sun for weeks at a time.

But spring … spring in Ohio is the best.

It starts for me way back at the end of February, when the snowdrops in my yard bloom. I’m not sure where they came from, but every year there are a few more. They’re a harbinger of things to come and offer some hope that better times are ahead.

Then all the other flowers start showing up … the anemones and crocuses and then the daffodils and the tulips. Now the lilacs, alium and bleeding hearts are blooming and the irises are close behind. My personal favorite, the Sicilian honey lily, is getting ready to pop in the flower bed behind my garage. It never ceases to amaze me that these flowers grow so quickly. We think of flowers as delicate things, but spring flowers fight through snow, cold weather and hard ground to grow at prodigious rates. We should be so tough.

I didn’t always pay such close attention to them. Back when I was growing up in Troy spring was a bittersweet kind of time for me. It meant the end of basketball season, which was a bad thing. On the other hand, it also meant the beginning of baseball season, which was a good thing. I pretty much kept track of the seasons not by vegetation but by sports seasons back then.

Besides, I had allergies, and spring meant the pollen was coming back.

But as I got a little older, I started to appreciate spring more than just as a time to get out the baseball bat and glove. I worked as a gardener in high school for Mrs. Houser on Swailes Road and found out there was a lot of satisfaction in helping things grow – even if I did have to do it in between sneezes. As employment goes, it’s pretty much been all downhill since then. I’ve liked everything I’ve done over the years, but I still think the best job in the world is being a gardener.

As I grow older, I have come to appreciate spring and its plants even more. I happen to live in the house I grew up in, and the patch of white, fragrant lilies behind the house still comes up every year right where my mother planted them. Those lilies are older than me (but they show their age much less). They’re like old, faithful friends who never desert you.

The honeysuckle bushes and thistles never desert you, either, but I’m not sure I would necessarily call them friends. Still, you have to admire their persistence.

I guess it doesn’t hurt that I married someone who is addicted to flowers. We start our supply of zinnias each year from seed and transplant them into the flower beds and distribute so she can have cut flowers at different times throughout the summer. Her favorites are the calla lilies.

There’s a Japanese maple in my front yard that died one year. The branches were brittle, and it clearly had no life left in it. I sadly cut it down and figured I’d dig out the roots in the spring. But when spring returned, so did the tree. A few little shoots stuck up their heads early enough to prevent me from doing any excavation, and pretty soon the tree was back better than ever. Resurrection! It gives you something to think about.

I guess spring is just a time for hope, something we all can use right now. The flowers don’t care about what the rest of us are doing, they’re just glad to be back and to have another chance to bloom. If humans were like lilies, we’d all be better off.

The only problem with spring in these parts is that it ends so quickly, One day it’s almost freezing and the next day starts a streak of 85-degree days. It won’t be long until those hot, humid days force us old folks into the air conditioning.

But until that happens, I’m going to enjoy every second. All my old friends are back and I’m glad to have the chance to see them again.