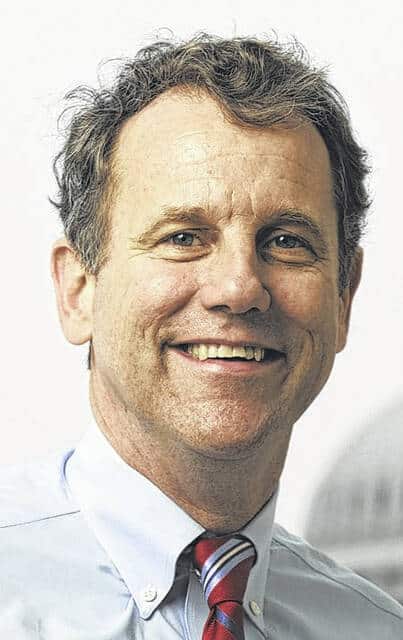 This month, I joined Senator Portman and leadership from Intel in Columbus to announce that 10,000 good-paying, advanced manufacturing jobs are coming to Ohio.

With this historic announcement, we are finally burying the term “rust belt.”

For too long, we’ve had bad trade and tax policy that shipped manufacturing jobs abroad. And we’ve ended up with supply chains that are too long and too fragile, and too often include China. So much of my work is about fixing that.

We know how to speed up our supply chains, lower prices, and end our reliance on China – we make more things in America. And there’s no better place to do it than Ohio, and no one better to do it than Ohio workers. That’s what Intel is recognizing.

This Intel investment is going to mean better-paying manufacturing jobs. And the facility is going to be built by union workers – that will mean more work for union carpenters, pipefitters, electricians, and other workers in the skilled trades.

To make these semiconductor jobs possible, I’ve been working with Senator Portman and Congressman Ryan and others to pass bipartisan legislation that invests in the next generation of advanced manufacturing and research and development, that makes our country more competitive with China, and that specifically promotes domestic chip manufacturing. The Senate passed the U.S. Innovation and Competition Act last year, and Senator Portman and I have been working together to press the House to finish the job, so we can get a bill to the president’s desk.

The Bipartisan Infrastructure Law that we passed last year will also support stronger domestic supply chains. We included the strongest ever Buy America rules – so American tax dollars will support American jobs. Instead of American bridges made from Chinese steel, we’re going to rebuild our bridges and replace our lead pipes and construct other critical infrastructure, all using American-made steel and iron and other materials.

This week I hosted virtual roundtables with Ohioans about the Infrastructure Law – I talked with county engineers, Building Trades workers, and local leaders across the state. I want to make sure Ohio communities and workers and businesses have the support they need to take full advantage of this investment.