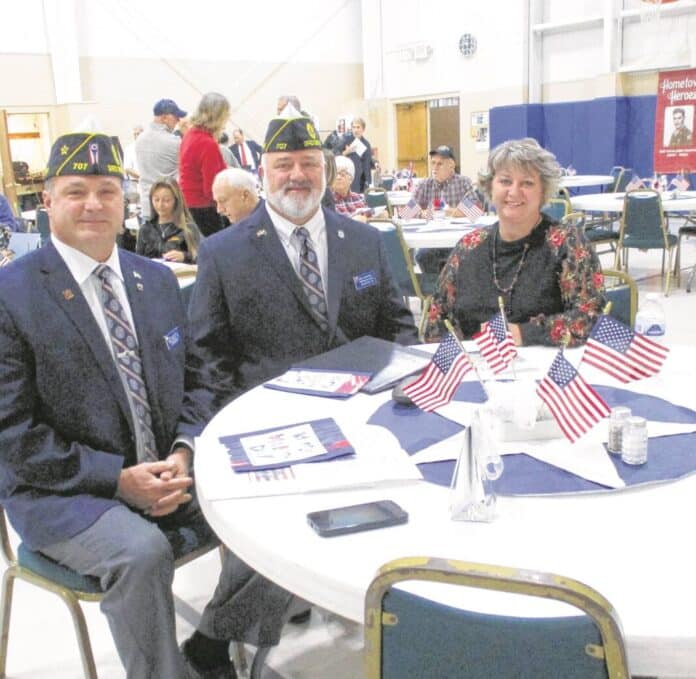 The banners are displayed on utility poles from Memorial Day to Veterans Day throughout West Milton each year. The banners are retired after five years. The Hoffman United Methodist Church had 23 of the 28 retired banners on display. Following the program, family or friends of the veterans were allowed to take the banners.

The event featured speakers Reck Carpenter and Mike Blackwell, both from the American Legion 3rd District of Ohio.

Air Force veteran, Scott Fogle, shared the history of the Hometown Heroes program and read teh names on the banners being retired. Navy veteran, Norman Hiester, presented a presentation of pictures and lists of military personnel from WWI to the war in the Middle East.

Dennis and Dalton Albaugh folded an American flag as a retired Lt. Colonel read the meaning of each of the thirteen folds.

At the conclusion of the program, a sack lunch was served and a time of fellowship was enjoyed by all.