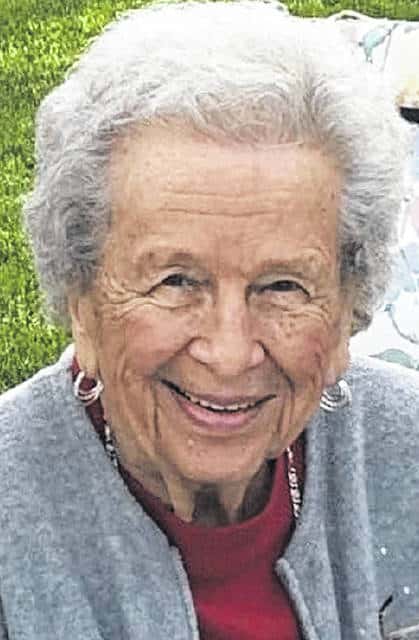 Irene grew up in Sioux City, Iowa and she was a 1943 graduate of East High School. She married Paul A. Graham at St. Mary Catholic Church on June 20, 1946; he preceded her in death January 14, 2016. Her brother, Clifford also preceded her.

Mrs. Graham worked at the AAA and the Ohio Bureau of Employment Services from which she retired in 1986. She was a member of St. Mary Catholic Church. She enjoyed knitting, painting, and spending time with family and friends.

A Mass of Christian Burial will be celebrated at 11:30 a.m. Wednesday, February 3, 2021 at St. Mary Catholic Church with Rev. Fr. Daniel P. Hunt as the Celebrant. Burial will follow at Forest Hill Cemetery. Visitation will be from 4:00 p.m. until 6:00 p.m. Tuesday at the Jamieson & Yannucci Funeral Home.

In lieu of flowers, memorial contributions may be made in Irene’s memory to Diabetes Youth Services, 2100 W. Central Ave. Suite 110, Toledo, Ohio 43606 or to the American Cancer Society, PO Box 22718, Oklahoma City, Oklahoma 73123. Guestbook condolences and expressions of sympathy, to be provided to the family, may be expressed through jamiesonandyannucci.com.