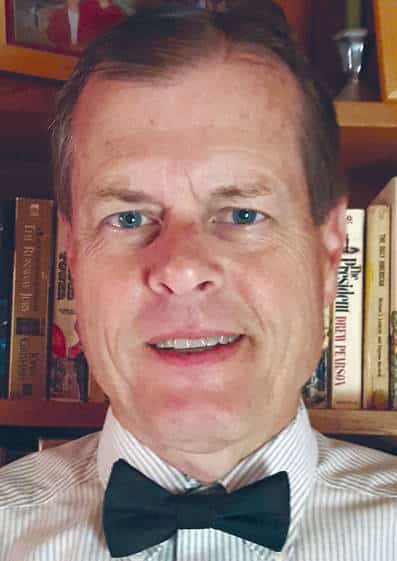 I’m really looking forward to May — but it’s not for the reason you might think.

I would think that your first guess would be that by May we might be over the biggest of the COVID problem. That would be nice if it is true, but it’s not the reason I’m looking forward to May.

I’m looking forward to May because of Brood X.

Come May, billions or maybe trillions or maybe bazillions of cicadas will pop out of the ground and inundate the environment. They do this in 17-year cycles and this years is the biggest of the various broods that show up in different years. (By the way, that “X” is actually a Roman Numeral 10, but saying “X” sounds way more mysterious.)

This is one of nature’s strangest events, which is really saying something. These cicadas are different than your normal cicadas you hear every summer in the trees. Brood X cicadas are black with red eyes instead of the standard green with yellow eyes. They’re pretty creepy looking.

If this were a science fiction movie, they would be directed by some evil intelligence and would be attempting to take over the universe. We would have to bring back Godzilla to hold them off and save the world.

However, this is not science fiction. The massive arrival of cicadas is a survival technique. Cicadas are basically harmless, except to some fruit trees. They don’t sting or bite or do anything that causes problems, except for make a lot of noise.

They also are fat and slow, which means that predators have a field day every 17 years. Birds, reptiles, fish, spiders and various other insects love to eat cicadas. Your dog or cat might even chomp down on a few. Survival is a giant numbers game. So many cicadas show up at one time that the predators can’t keep up. You can only eat so many of them. You’ll probably see birds and other creatures staggering around this May looking like someone who just polished off a couple deluxe pizzas. (Hey – how about a pepperoni and Brood X pizza?) The vast horde of cicadas insures that enough will survive to mate and start the process all over again. They only survive above ground as adults for about four weeks. The new batch of Brood Xers goes underground and lives for 17 years out of sight before returning above ground again.

But those four weeks really are like something out of a movie. I remember driving down I-75 near Cincinnati back in 1987 and it was raining cicadas. They were thick on the road and covering the barriers in the center of the highway. It made Alfred Hitchcock’s “The Birds” seem tame.

And the noise! Imagine a billion insects all making buggy sounds. Cicadas are especially good at this, because they have what is called a tymbal organ. They have vibrating membranes in their exoskeletons and their bodies act like a kind of resonance chamber, so they can really belt it out. Think sitting next to a speaker at a rock concert. Their noise level has been measured at 106 decibels, which puts them between a chain saw and listening to disco about a yard from a speaker. That’s a lot of noise, although I have to say it is more pleasant than a chainsaw and much more pleasant than disco.

I can hardly wait to see them. This is nature at its best. It gives us something to look forward to as we struggle through life in a pandemic. The next time you’re getting depressed, think: you could be a slow, fat insect with red eyes who lives underground for 17 years before emerging with a good chance of being instantly eaten or getting squashed on a windshield. Life really could be worse.