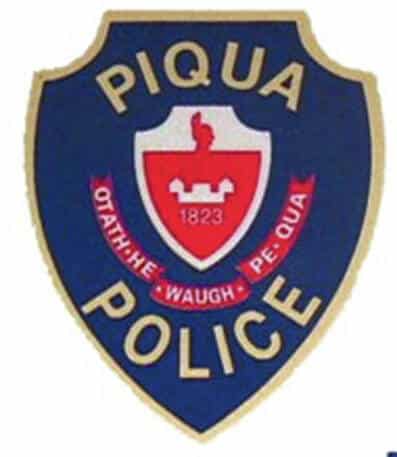 ACCIDENT: Report taken for non-injury accident at 7:41 a.m. in the area of East Water and North Main streets. Driver cited for a marked lanes violation.

FRAUD: Complainant reported someone filed for unemployment in her brother’s name.

SUSPICIOUS: Caller believed someone put nails by his tires on the 600 block of Boal Avenue. It was unknown if someone did it intentionally or if they were dropped accidentally.

THEFT: Infant Jesus in manger stolen from nativity scene at St. Mary’s Church, 528 Broadway. No suspects at this time.

THEFT: City reported someone is stealing electricity on the 500 block of South Main Street.

THEFT: Male caught stealing food items from Walmart at 3:30 p.m. Scott A. Bowen, Sr., 46, of Piqua, was arrested and charged with theft and criminal trespassing in connection with this incident.

ANIMAL COMPLAINT: Report of a dog barking and being outside in the rain at 5:36 p.m. on the 1500 block of South Main Street. Upon arrival, officer observed the dog barking. Contact was made with male, who was warned for the violation.

THEFT: Officers responded to Walmart for a theft in progress at 6:22 p.m. Suspect was located. Jesse A. Wriston, 34, of Sidney, was charged with first-degree misdemeanor theft in connection with this incident.

MENACING: There was a menacing complaint at 7:13 p.m. on the 600 block of Second Street.

THEFT: Male attempted to steal items from the Clark gas station, 315 Looney Rd., at 8:11 p.m. Complainant did not wish to pursue charges and only requested the suspect be trespassed. Male was then warned for trespassing.

WARRANT: A subject with a warrant was found to be trespassing on the 800 block of Covington Avenue at 11:10 p.m. Robert Jenkins, 47, of Piqua, was picked up on a warrant.

WELFARE CHECK: Complainant advised she heard a female screaming from the apartment next door to her at 11:25 p.m. on the 900 block of McKinley Avenue. Officers responded to the residence, and the female was discovered to be okay.

DISORDERLY: Officers responded to a residence on the 500 block of West Water Street for a female subject being disorderly at 2:12 a.m. Female subject left the scene prior to officers arrival. A traffic stop was made on the vehicle, and the female subject, Avery A. Payton, 21, of Piqua, was issued a citation for minor misdemeanor disorderly conduct.

SUSPICIOUS: Caller advised they heard glass break in the area on the 200 block of Walker Street at 5:28 a.m. Officers responded and spoke to a homeowner, who stated a window at his address was broken on accident. No issues.

ANIMAL COMPLAINT: Caller advised a stray dog was outside of his residence on the 900 block of Garbry Road at 6:57 a.m. The dog was transported to the animal shelter and released to staff.

ANIMAL COMPLAINT: Male black lab with a collar and no tags found on the 400 block of Second Street and transported to the animal shelter.

FRAUD: Improper use of a company credit card reported on Navajo Trail.

HARASSMENT: Caller advised a female called her and made a threatening message toward her. Caller requested that the incident only be documented.

ACCIDENT: A two-vehicle accident with injuries was reported at or near Ulbrich’s Market on the 400 block of South Wayne Street at 2:38 p.m. A citation was issued.

UNRULY JUVENILE: Two juveniles observed knocking over trash cans in an alley on the 600 block of Wood Street at 4 p.m. They were located and picked all of the cans and trash up.

OVI: There was an OVI complaint at 6:23 p.m. at Kroger. Caller reported that an adult male struck a vehicle in the parking lot of a local business and believed he may be intoxicated. Caller advised that the owner of the struck vehicle did not wish to make an accident report. The area was checked, and the vehicle described by the caller was not located.