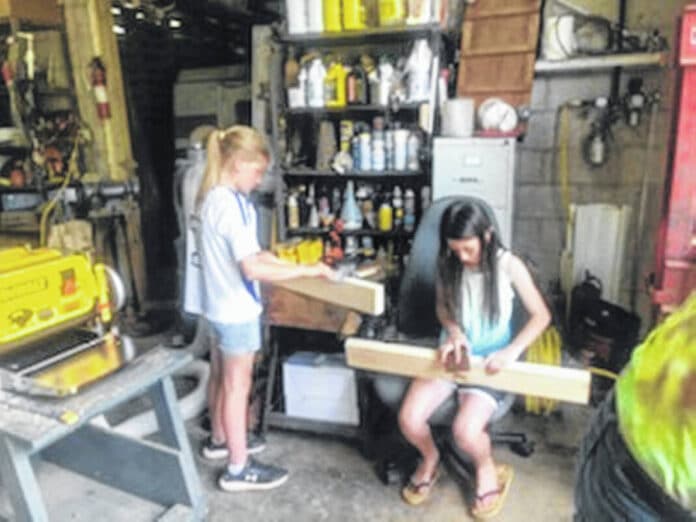 TROY — A piece of national 4-H history will be on display during the Miami County Fair, as local club members prepare to auction off a special wooden bench built from a tree originally planted by 4-H Club founder A.B. Graham.

“We decided to build two benches,” 4-H Club adviser Craig Lichtenberg said. “We felt we wanted to give one back to the A.B. Graham Center where it belongs, and then we wanted to auction one off.”

A.B. Graham, founder of the national 4-H Club, was originally from the Lena/Conover area, and later went on to become the first superintendent of agriculture at the Ohio State University. The A.B. Graham Center is located on the same property where Graham attended high school, and is surrounded by pine trees originally planted by Graham sometime in the 1930s.

“Around the property there are a bunch of pine trees,” Lichtenberg said. “The property always meant a lot to him, so he decided to have these trees planted out there.”

A windstorm uprooted one of the trees in 2018, and that was when the idea for the benches first started. “We started discussing as a club what to do with it,” Lichtenberg said.

Over the next four years, the benches became a project for club members. “We’re a small club,” Lichtenberg said. “We only meet once a month. We’d cut wood one time; we’d sand the next time.”

“These kids had never done woodworking at all at that point,” he said. “It was totally learning by doing, which is a 4-H motto. We did a lot of work that way.”

“It was quite an adventure,” Lichtenberg said. “It started in 2018; I can tell you honestly, a couple weeks ago we finally put the last little bit of sealant on them, so the whole project has taken quite awhile.”

The project was helped by several sponsors, including Lillicrap Sawmill, Mike Havenar Auctioneers and the Ohio State University College of Food, Agriculture, and Environmental Sciences.