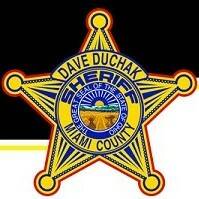 THEFT: A deputy spoke with a resident of Bethel Township. She advised that a license plate had been stolen from her trailer on the 8800 block of Palmer Road. The license plate number was entered as stolen.

DISORDERLY: Deputies were dispatched to an assist agency call at 12:17 p.m. near the Interstate-75 rest area near mile marker 81 in Springcreek Township. Upon arrival, deputies made contact with several individuals. No charges were filed.

ACCIDENT: An accident with no injuries was reported at 1:11 p.m. in the area of Eldean Road and North County Road 25-A in Concord Township.

SEX OFFENSE: A deputy made phone contact a female who requested a report filed in regard to an incident that took place in Fletcher. A report was taken and referred to the detective section.

ANIMAL COMPLAINT: A deputy responded at 4:49 p.m. to the 100 block of East Smithfield Street in Bradford in reference to an animal complaint. One party involved was given a warning for dog at large.

DISORDERLY: A deputy responded at 6:40 p.m. to the 4600 block of Orbison Road in Staunton Township for an unruly juvenile complaint. Two juveniles were running around the neighborhood banging on windows and doors, then running off. After investigation, the juveniles were located. One of the juveniles was charged with disorderly conduct.

INFORMATION REPORT: A deputy was dispatched at 1:41 p.m. to the area of North State 48 and Falknor Road in Newton Township in reference to a street obstruction. Upon arrival, there appeared to be a tree covering one lane with multiple large branches in the roadway. A resident volunteered to cut the large branches obstructing the roadway, as well as use his personal leaf blower to aid in cleaning the remainder of the roadway with the deputy. The road was cleared without incident.

TRESPASSING: A deputy was dispatched at 3:29 p.m. to the 5200 block of West State Route 571 in Union Township in reference to a trespassing complaint. Upon arrival, one individual was warned for trespassing and left willingly. No charges were filed.

DISTURBANCE: A deputy was dispatched at 4:46 p.m. to the Patty’s IGA, 106 E. Main St. in Bradford, in reference to a disturbance. Upon arrival, the deputy spoke with both individuals separately. One individual claimed a phone was misplaced and stated an argument pursued from there. The parties agreed to separate for the night. No charges were filed. This case is closed.

DISTURBANCE: A deputy was dispatched at 9:51 p.m. to the 9500 block of Country Club Road in Springcreek Township for a disturbance complaint. Upon further investigation, it was found that two parties had gotten into a verbal argument. Both parties agreed to stay away from another for the remainder of the night.