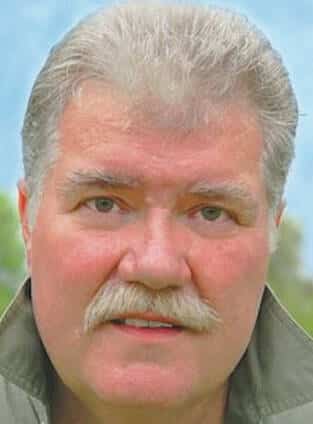 During a recent outing, I stumbled across a dandy blackberry patch not far from home.

The discovery surprised me.

As the crow flies, the sprawling patch is located maybe a mile from my riverbank cottage, on land I regularly visit. Because it’s so handy, this long-abandoned farm is often my getaway choice for an impromptu ramble. I’ve been poking around its hidden precincts for years—exploring the little cedar groves, woodsy fencerows, and overgrown old fields.

I thought I knew every square foot by heart—but I do know such a lush half-acre tangle of thriving blackberry bushes didn’t spring up overnight.

How could such an appalling oversight happen?

As a lifelong and absolutely unrepentant forager, I’m always on the lookout for any sort of tasty wild treats.

Regardless of the season or the activity, I’m currently engaged in, my subconscious wild-forager’s radar is simultaneously assessing the surroundings, attuned to the gastronomic potential of whatever might be picked or plucked and plopped into a tote-sack weeks or months down the road.

Juicy, sun-ripened blackberries, dripping with flavor, rank high on the list of the free wild eats I adore. The moment I saw that patch and all the berries on the briar canes, my mouth began watering just thinking about things like blackberry cobblers, blackberry smoothies, blackberry pies, blackberry syrup, and blackberry jam! Possibly even a few drops of blackberry cordial for sipping by the woodstove on those cold winter nights.

Yet, for who knew how long, I’d somehow managed to miss this potential motherlode growing practically in my backyard!

Well, at least I didn’t miss them again this year!

Unfortunately, while the maze of briars I’d found were loaded with large berries, the berries—many the diameter of a nickel—were still green, though a few were beginning to show a blush of color. But I guess it’s still a bit early for our local wild blackberries to be ripe—or the berries in this particular patch, anyway.

However, a week or two of bright sunshine and steady summer heat ought to do the trick. You can bet your bottom dollar I’ll keep checking back!

I believe in natural magic and hold an unwavering and abiding faith in the fruition power of time and sun.

My gardening neighbor has a similar attitude. Her huge backyard plantings could be the cover shot for a seed catalog. Everything is in neat, well-tended rows—melons, sweet corn, green beans, peas, cucumbers, onions, lettuce, cabbage, potatoes, carrots, okra and peppers.

Summer’s hot sun and elixir rains—along with attentive nurturing and an occasional dollop of manure tea—produce unique and incredible tomatoes, which taste as unlike those fake things you buy at the grocery as a banana from a rutabaga! Thankfully, she is always extremely generous in sharing her exquisitely delicious old-time treasures.

Last week’s passing solstice marked the official seasonal switch from spring into summer. But we’re also set to change months. June will end as July begins its reign—and we’ll then be trekking our way through the year’s second half.

Daylight is already incrementally on the wane. The allotted span of every passing day affords a bit less—steadily diminishing as dawns come later and dusks commence earlier.

Not that you’re apt to notice this loss straightaway—though by the end of July, we’ll already have given up 49 minutes of precious light. But the real rub is that like most downhill runs, as the weeks progress, we’ll gradually pick up speed—losing evermore daylight.

It doesn’t seem like too many weeks back that cold weather continued to linger, and I still needed to saw and split a few additional logs for firewood to feed the woodstove.

Then there was all the endless rain. Ohio’s monsoon season. Spring’s wildflowers came and went amid the days of mud and wet and cold…and I missed out on a bunch.

You don’t get do-overs on spring ephemerals. Instead, you’re resigned to waiting until next year and hope you can make that showing.

The older I get, the more I feel like I’m living amid a scene depicting time’s passage in some vintage black-and-white movie. You know, where the hour hands of a wall-clock spin crazily around its face, or day-pages on a calendar stream onto the floor.

There’s nothing I can do about this disheartening phenomenon except try and make the most of my time.

After seeing those blackberries ripening on their canes, I’m reminded that I’d better take a few rambles to several favorite woodlands and check on this year’s pawpaw crop. I ought to be able to start collecting ripe pawpaws by the end of August. Not all that many weeks away.

I’m also prompted to bushwhack back to a couple of long-abandoned homesites where their old-fashioned pear trees still struggle to produce fruit amongst the tangled weeds of the former dooryard. I love such pears, but they’re getting increasingly difficult to acquire. Their fruits don’t ship well, and they have a short shelf life—so you won’t find them in grocery stores, and rarely now at seasonal roadside fruit stands.

I want to save a few again this year, I’ll have to ferret them out—and be on time.

“Time waits for no one,” my mother used to caution whenever I procrastinated.

Mom was right, of course—it pays to plan ahead.

Jim McGuire, a nature columnist, resides in Englewood, and can be reached at [email protected]