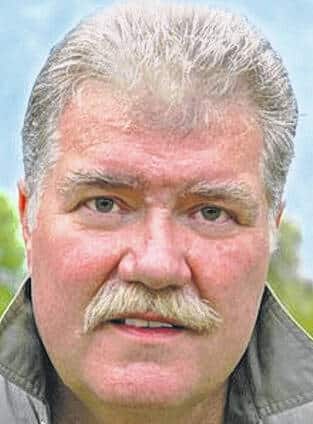 November is all but over. December is just around the corner—waiting and ready, eager to get started.

This year’s iteration of Thanksgiving’s celebration has come and gone—one more family feast now relegated to our personal memory books. Even the piles of tasty leftovers that jam-packed our refrigerators have been consumed and enjoyed, including the final slice of pumpkin pie and the last dollop of cornbread dressing made from great-grandmother’s recipe.

Time moves on. “Life happens to you in a rush this time of year,” a friend said recently, lamenting the way everything always seems to shift into overdrive these final two months.

However, the year-ending six-week span of feasting and celebrating has only begun. There are other holidays and festivities in our immediate future.

Christmas is looming, coming down the pike like a runaway reindeer. We’re now into all the decorating and gift-shopping—the annual fun and frustrations—that particular holiday brings about. A week after its passage we’ll mark New Year, at which point we bid adieu to 2022 and jump head first into a brand new month and a brand new year.

Of course, months and years are only superficial devices—token divisions—for chopping up and tracking time’s fundamentally endless stream into tiny bite-size and more understandable portions. The eternalness of this circular voyaging around the sun is not a notion we fully grasp. In fact, time itself may be an illusion, a concept more for our acceptance, and perhaps affording us a false of control, yet fundamentally meaningless in the grand scheme of reality.

Seasons take their turn, one after another, more or less adhering to schedule. Not in lockstep precision to our calendars and almanacs—you can’t force nature into such man-made boundaries. But loosely, the spring, summer, autumn, and winter continuum perpetuates, as solstices and equinoxes duly pass.

Even the stars heed the music of this slow, heavenly waltz.

November’s Full Beaver Moon has disappeared—waned and gone dark. The next upcoming moon—December’s Full Cold Moon—has already appeared in our night sky, waxing and growing bigger and brighter. It will soon be at its shining peak—a gleaming silver-dollar disk amid the cold darkness—on the twelfth month’s seventh night.

Now is the time when, growing up, my father would invariably look up at the night sky, pointing and reiterating the names and sometimes background stories of the twinkling constellations. Orion, the Hunter; Canis Major and Canis Minor, the Great Dog Star and his companion, the Little Dog Star; Cassiopeia, the Queen; the Seven Sisters, part of the Pleiades; Taurus the Bull; Auriga the Charioteer; the Gemini Twins.

Our celestial starting point was always the same: “Show me the North Star,” Dad would say.

He’d begun teaching me to visually navigate my way around the night sky from the time I could walk…or maybe even before. I can clearly remember the question getting asked while I was being held and carried in my father’s arms, along the short distance between the car and the front porch.

No doubt I was more or less ambulatory by this time, capable of at least toddling from the car to our doorway. But maybe the drive had been long and I was half asleep, or the night’s weather was bitterly cold—so as a good parent, Dad was just making it easier.

Either way, for many years, he’d stop on the walkway a minute or two and pose this question: “Show me the North Star, Sonny.”

So I would look up at the glittering heavens, puzzle a moment, locate the Big Dipper, then use the pattern’s two “bowl” stars to mark a straight line and trace my way over to the Little Dipper’s handle tip—Polaris, the Pole Star.

“There,” I’d say, doing my pointing-it-out part. And Dad would chuckle, pleased.

Dad would then go on to tell me how special that bright star was because of its singular unique characteristic.

“That old North Star is like the hub of a wheel, its center,” he said. “A star that holds its place in the sky. Everything else shifts and spins around, changing position during the night and throughout the seasons—but the North Star stays put.”

Like Ernest Hemingway, my father had a lifelong penchant for bears, along with pondering night skies.

Many nights, as my father and I stood in the cold darkness gazing upwards at the star-spangled sky, he would relate the ancient tribal narrative from the pine-clad north country. The story of how, as the weather annually turned colder, this Great Sky Bear came closer to the earth and washed his paws in the chilled waters of Gitche Gumee.

“You can count on that Polar Star being right smack where it should be, Sonny. Find the North Star and you have your directional anchor. It’s dependable; a star of truth—a star you can always trust and believe.”

Then he’d give me a pat before we headed in.

Reach the writer at [email protected]