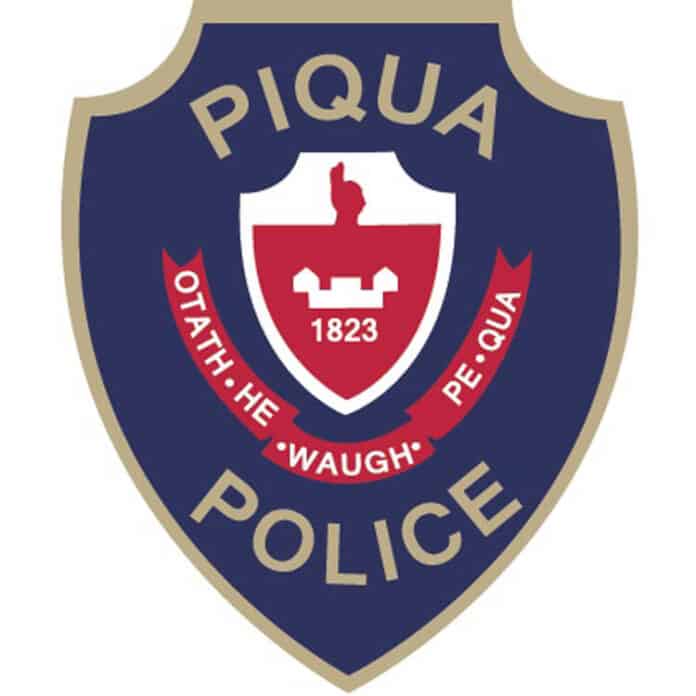 THEFT: Citizen reported his 2013 silver Ford Taurus with keys left inside was stolen overnight on the 1200 block of Garbry Road. No suspects.

SUSPICIOUS: Caller stated she received a text message from an unknown person wanting her debit card info on College Street at 11:08 a.m. She was advised to not give out her info and to block the number.

ACCIDENT: There was a report of a traffic crash with no injuries on the 600 block of West Ash Street at noon.

DISTURBANCE: There was a report of a disturbance on the 600 block of Wood Street at 3:46 p.m. In connection with this incident, Aaliyah T. Johnson, 27, of Sidney, was charged with minor misdemeanor disorderly conduct and Eric L. Yamaguchi, 35, of Piqua, was charged with second-degree misdemeanor criminal damaging.

FRAUD: A report was taken for forged prescriptions at Hocks Pharmacy on High Street at 4 p.m.

THEFT: Police responded to a theft in progress at Walmart at approximately 8 p.m. Upon arrival, the suspect vehicle was located and fled.

SUSPCIOUS: A caller stated they witnessed a vehicle run multiple stop signs and the driver appeared to be under the influence in the area of Wayne and Grant streets at 9:13 p.m. When police arrived on scene, the vehicle was parked and unoccupied.

RECKLESS OPERATION: There was a report of two vehicles racing up and down the street in the area of High and Spring streets at 10:10 p.m. Area was checked, and no violations were observed.

ANIMAL PROBLEM: A black and white Husky dog was seen running in the street in the area of Water and College streets at 11:44 p.m. The dog took off and was unable to be caught.

SUSPICIOUS: Caller stated they heard what they believed were gun shots in the area on the 1100 block of South Street at 12:44 a.m. Officers checked the area and did not locate or hear anything.

WARRANT: There was a 9-1-1 hang up call on the 400 block of Garnsey Street at 4:36 a.m. A subject, Nicole A. Fergerson, 28, of Troy, was arrested on an outstanding warrant for probation violations.

ASSIST CITIZEN: Officer stopped and assisted a subject chasing after his dog in the area of East and Grant streets at 1:48 p.m. The owner was able to catch the dog.

DOG AT LARGE: There was a report of a German Shephard in the roadway in the area of Riverside Drive and North Main Street at 2:17 p.m. Officer located a dog walking on the sidewalk. The dog went back home into a fenced in yard, and the officer closed the gate and left a voicemail for the dog’s owner.

TRESPASSING: Police dispatched for an adult male trespassing at a local business on the 300 block of Looney Road at 4 p.m. The male was warned for trespassing.

DISORDERLY CONDUCT: Female reported an employee threw a drink inside her vehicle at Wendy’s on East Ash Street at 4:12 p.m.

FRAUD: While at a business on the 300 block of Looney Road, the clerk advised a customer tried paying with a counterfeit bill at 4:19 p.m. The customer said he was unaware the bill was fake.

HARASSMENT: A caller was given a verbal warning for telecommunications harassment on South Main Street at 7:07 p.m.

HARASSMENT: Officer responded to a call referencing a male calling a female and harassing her on Spring Street at 9:54 p.m. Female could not provide any evidence of the phone call. Female then requested the incident be documented.