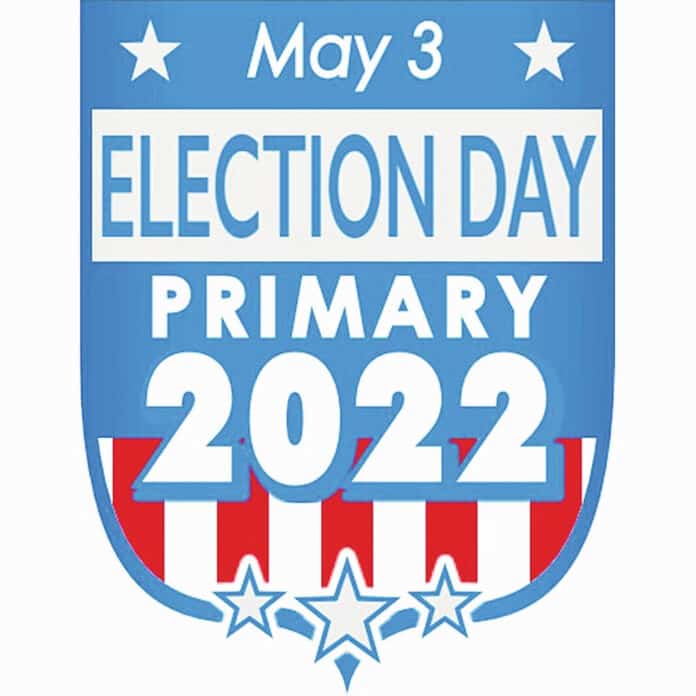 MIAMI VALLEY — A primary election season the likes of which have never been experienced in Ohio is underway.

Under normal circumstances the primary election would culminate May 3 when voters go to the polls and select candidates for their respective parties, who will then square off in the November general election.

But this is no normal year. May 3 will mark the first of two primary election dates this year — with the second unofficially planned for August.

The transformation this year from Ohio’s traditional primary election to an expensive — a very, very expensive — multi-date voting exercise stems from controversies associated with the once-a-decade exercise of redrawing of state and federal legislative districts.

Voters who have been paying nominal attention have heard the terms “redistricting” and “gerrymandering” thrown around frequently in the months leading up to this year’s Ohio primary election. Redistricting is required by state and federal law, while gerrymandering was made illegal by Ohio voters in November of 2015.

That’s an over-simplification, so let’s back up a little.

The process of redistricting is an exercise that takes place nationwide every 10 years, following the U.S. Census, when states are required to create boundaries for legislative and congressional districts that represent an approximately equal number of residents and favor neither political party.

Once every decade Ohio’s 99 House districts and 33 Senate districts must be redrawn to reflect the results of the most recent Census population figures to ensure fair and equal representation of the state’s nearly 12 million residents.

Over the years, whichever political party was in control of the governor’s office and state legislature have tended to draw new legislative districts that were favorable to their own political interests — a practice known as “gerrymandering.”

An end to gerrymandering?

In 2015 Ohio voters attempted to put an end to the role partisan politics have played in the creation of legislative maps. More than 70% of the state’s voters that year approved an amendment to Ohio’s constitution to outlaw the partisan redrawing of legislative districts.

The amendment established a bipartisan redistricting commission to draw fair state legislative maps that don’t favor or disfavor a political party. The commission has met frequently since the release of the 2020 Census figures in an attempt to craft new state and federal legislative districts.

To date, however, those efforts have failed to gain the approval of the Ohio Supreme Court and have led to the necessity of a two-part primary election this year.

Charged with drawing fair legislative maps, the commission has submitted to the Ohio Supreme Court four versions of new district boundaries. Each time the state’s highest court has rejected the maps as unconstitutional. The continued delays in adopting new legislative maps made it impossible for candidates seeking election to the Ohio Senate and House of Representatives in 2022 to be included on the May 3 ballots.

Also left off the May 3 ballot are candidates for the Republican and Democrat state central committees. Those positions will be determined in the follow-up election.

Earlier this week three federal judges were called in to resolve the differences between the commission and the state’s supreme court. The judges set a May 28 deadline for Ohio’s leaders to resolve their differences so the state could hold an Aug. 2 primary for state House and Senate races.

Larose has estimated that the cost to Ohio taxpayers of holding a second primary election could be $15 million to $20 million. The redistricting committee is bearing the brunt of the blame for the snafu, although some have said the supreme court should bear the additional cost.

will be on the May 3 ballot

Despite a mild gain in population over the preceding decade, Ohio saw its representation in the U.S. House of Representatives drop from 16 to 15 seats based on the results of the 2020 Census. That also created the need for new congressional districts to be formatted.

The redistricting commission crafted a new map for the 15 House Districts, but the Ohio Supreme Court rejected that effort on the grounds that it was overly partisan and failed to meet the anti-gerrymandering rules contained in the Ohio constitution.

A hearing on a new map submitted by the commission will be heard sometime after the May 3 election. Voters on May 3, however, will have the opportunity to vote for congressional candidates based on current congressional district boundaries.

At a countywide level, candidates will appear who are seeking seats as common pleas court judges, county commissioners, county auditors and county treasurers. Voters in some precincts will also have money issues to decide.

What they won’t see: Candidates for Ohio senate and state representative seats or Republican and Democrat state central committees.