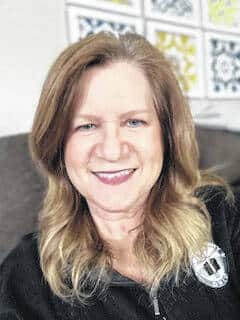 Today’s column will focus on the makeup of the Board of Elections and how election results are tabulated and released. We are often asked about the structure of the Board of Elections and how people are appointed to their positions. The Board of Elections is made up of four members, two who are affiliated with the Democratic party and two who are affiliated with the Republican party. The four board members are county electors who are recommended by their county central committees and appointed by the Ohio Secretary of State, the chief election official in the state. The board members serve for a term of four years, and are appointed in March of odd numbered years. The current board members are Chair Dave Fisher, Rob Long, Audrey Gillespie, and Jim Oda.

The board then appoints the director and deputy director. The director must be the opposite party of the board Chair and the Deputy Director must be the opposite party of the director. Deputy Director Ian Ridgeway started in October of 2018 and I started in May of 2019. Additional staff members include two Election Administrators, Janelle Flaharty (precinct election officials coordinator) and Michelle Hornberger (voter registration specialist), and Clerk Cheri Nevels. Many additional workers assist the staff during busy election seasons with running the early vote center and processing absentee by mail ballots.

This bipartisan approach to all operations of the Board of Elections serves to ensure every voter that the ballots they cast will be counted accurately and that no one party is in charge of counting ballots. On election night, as bipartisan teams of precinct election officials return ballots and supplies from the polling locations, bipartisan teams of board members and staff are ready to take the supplies and upload the ballot scanner memory cards to the tabulation software.

The first results that are released on election night are for all of the early in-person and by-mail ballots cast. The results are saved on a brand-new flash drive and walked to a computer that is connected only to the Secretary of State’s office, not to any other network. The results are uploaded to the Secretary of State’s office to be released to the press with the other 87 Ohio county’s results. Those are the results that viewers will see reported on television or online. We also upload the results to our website periodically throughout the evening.

After all of the polling location workers return, the board and staff verify that all eligible ballots were counted, then print the unofficial canvass. It is considered unofficial because after Election Day, the staff will process all of the provisional ballots cast, and additional absentee ballots will be delivered that were mailed on time to be counted. Those ballots will be included in the official canvass, which typically takes place two weeks after Election Day. This is the final certification of the results. Only after the official canvass is complete are the winners declared and issues pass or fail.

Results are also checked to determine if an automatic recount is required. Any race within a margin of one half of one percent requires an automatic recount. An audit is also scheduled after every election. During the audit, at least 5% of all ballots cast are hand counted and compared to the official canvass. For the last five elections in Miami County, the hand count has been a 100% match to the official results.

Election Day is getting closer! I hope all Miami County voters are making a plan on how they are going to vote. Many voters have already cast their ballot either by voting in person or returning their absentee ballot. We continue to work hard to prepare for a record turnout.

Please continue to use our website for up to date information www.boe.ohio.gov/miami.

The writer, Laura Bruns, is the director of the Miami County Board of Elections. Bruns can be reached at [email protected]