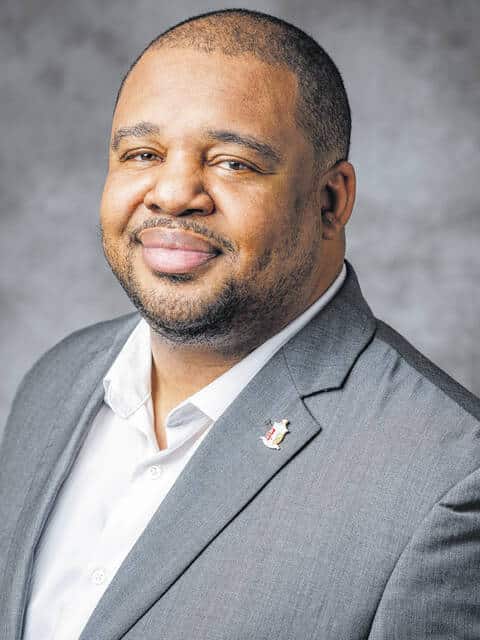 Several years ago, I had the opportunity to visit Ghana on the west coast of Africa, a country whose history is forever linked to the United States through, among other reasons, the Cape Coast Castle.

Originally built by slave traders in the mid-1600s, the Castle held captured Africans until their forced relocation to the Americas. As an African American, many intense feelings came over me touring the Castle, including motivation, sadness, and a desire to persevere. An especially profound feeling was a connection to the legacy of the millions of enslaved Africans who caught the last glances of their homeland as they passed through the Castle’s “Door of No Return” and onto slavers’ ships. My connection to this legacy has motivated me as a person and an educator and is one reason why Juneteenth has a profound meaning for me.

Recently recognized as a federal holiday, Juneteenth honors the day in 1865 that the news of slavery’s abolishment made it to the last group of enslaved people in Galveston, Texas, although pockets of slavery lingered across the South after this date. As an educator from Princeville, North Carolina—the oldest town incorporated by Blacks in the United States—I grew up understanding Juneteenth as a celebration of freedom, as well as a reminder that equality in America is still a work in progress. Despite my awareness of the barriers holding many Americans back, one of the greatest lessons from growing up in Princeville wasn’t of division, but that Americans have much more in common than not.

I was reminded of our shared American experience last week at a professional conference with colleagues from various ethnic and religious backgrounds. Despite our differences, the love for humanity, curiosity, and education we shared as Americans was a powerful bond by which I was inspired and energized. And just as we have in common these “Ups,” we also share the “Downs,” no matter our race, creed, or religion. The pains we feel from loss, sickness or setbacks, the anger from injustice or unkindness, the fear we feel from the unknown, change or risk—these transcend our differences also. While we cannot always prevent them from happening, we can control how we react to them. In the past, I wondered why slavery happened, but today I choose to focus on what I can control—my response to its legacy.

The question I ask now is, “How can I build on the legacy of those slaves that survived in a foreign land and became inventors, artists, entrepreneurs, lawyers, doctors, musicians?” I am still angered and frustrated by slavery, but even greater is my conviction that the number-one solution to inequality is education, and that it is my mission as an educator to do something about it.

I am proud to work at Western Governors University which recognizes Juneteenth as a holiday for its employees nationwide. Also, I’m proud of WGU’s mission of empowering people to tear down barriers by acquiring knowledge. In providing accessible, affordable, and career-advancing education geared to the needs and life experiences of adult learners, WGU helps people achieve the freedom that is at the heart of Juneteenth’s significance.

As Chancellor of WGU Ohio, I love watching the role our university has played in helping thousands of students in our state graduate with bachelor’s and master’s degrees in the four years since our establishment in Ohio. And today, with more than 4,500 students currently enrolled in WGU Ohio’s nursing and healthcare, business, information technology, and teaching programs, we continue to be a force for empowerment and equality.

Join me today in honoring those who suffered enslavement, celebrating freedom and those who worked to achieve it, and who, today, overcome barriers by acquiring an education that helps them move up into better, brighter futures. We are fortunate not to have had to pass through the “Door of No Return,” but we can do our own part to make the legacy of those that did more than just one of enslavement, but also, today, one of opportunity in pursuit of equality.

The writer is chancellor of WGU Ohio, the state affiliate of online, nonprofit Western Governors University.