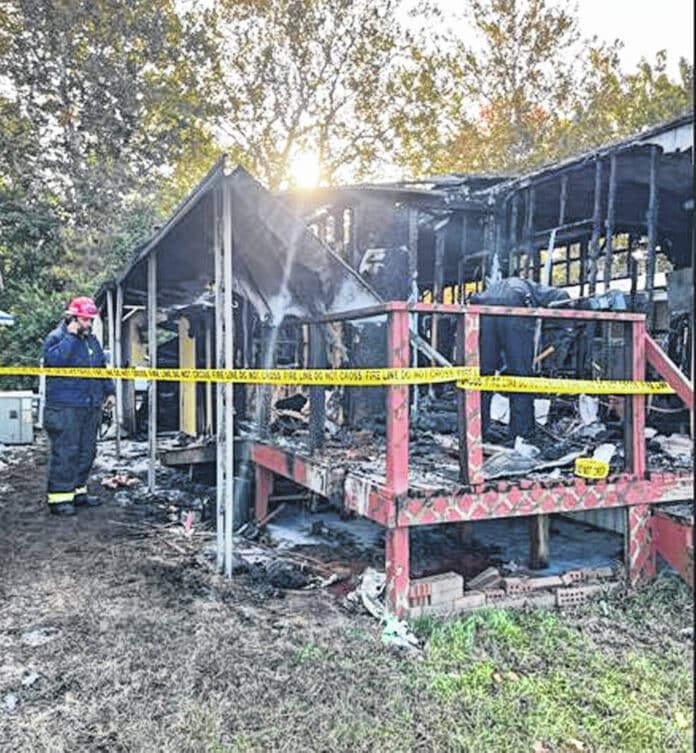 PIQUA — The identity of the person who died in a mobile fire early Saturday morning in Piqua has been released.

According to Piqua Police Deputy Chief Tom Steiner, 65-year-old Nathan Jenkins, of Piqua, died in the fire. Steiner said the cause of death was due to the fire.

According to Assistant Fire Chief Lee Adams, with the Piqua Fire Department, neighbors of the trailer at 1513 S. Main St. were awoken around 3 a.m. by the fire and called 911.

The trailer was fully involved when fire crews arrived on scene to the trailer park owned by Lazy River LLC, Adams said. Firefighters worked for close to three hours to extinguish the fire and any remaining hot spots.

“The entire trailer was involved in the fire when we arrived. … The fire was knocked down pretty rapidly,” Adams said, “but, we were on still on the scene for some time putting out hot spots, as you said. And I am, the Piqua Fire Department, is still here at around 10 a.m. conducting the investigation.”

The trailers on each side of the mobile home that was destroyed also sustained some damage from the fire, and at least one of them had its utilities turned off due to the fire.

The American Red Cross was called to assist with those who were displaced by the fire.

Assisting Piqua Fire at the scene were Piqua Police, and the Covington, Lockington and Fletcher Fire Departments. Piqua utilities, Piqua Power Distribution and CenterPoint Energy also responded to secure utilities. A representative from the Miami County Coroner’s Office came to the scene to investigate the fire fatality and the Jenkin’s body was transported to the Montgomery County Coroner’s office for autopsy.

No other injuries were reported, Adams said.

The Piqua Fire Department, along with the State Fire Marshal’s office are investigating the fire.