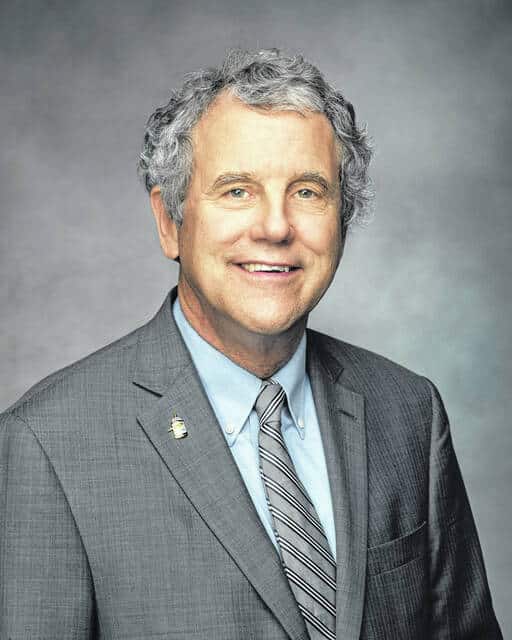 This week, the Senate passed the Inflation Reduction Act – a historic step to fight inflation, lower costs, and create jobs that corporations can’t ship overseas. For the first time in years, we are standing up to three of the most powerful special interests in Washington. We’re taking on Big Pharma to lower seniors’ drug prices, we’re taking on Big Oil to lower energy prices, create Ohio jobs, and grow new industries, and we’re taking on Wall Street to rein in stock buybacks that reward CEOs at the expense of workers

The Inflation Reduction Act will finally take on the drug companies to lower drug prices for Americans on Medicare. I’ve fought for years to allow Medicare to negotiate lower drug prices for American seniors. Now, after years resistance from the pharmaceutical lobby, we are finally allowing the government to negotiate directly with drug companies, with a requirement for the Secretary of Health and Human Services to negotiate the price of the highest cost drugs. It will also put a $2,000 cap on out-of-pocket prescription drug costs for older Americans and create an inflation rebate, which will require drug companies that increase the price of their drugs beyond the pace of inflation to pay a rebate to Medicare.

And for the first time, we are capping insulin costs at $35 per month for Ohioans on Medicare. Unfortunately, Senate Republicans blocked all Americans from having these same prices savings. There’s no reason – other than corporate greed – for insulin to cost more than $35 a month.

The bill will also lower health care costs for those who get their health coverage through the Affordable Care Act and increase coverage in Ohio by twenty-nine percent. No family will be forced to pay more than 8.5 percent of their income for ACA coverage, regardless of income.

The bill also takes historic measures to ensure Wall Street and corporations pay their fair share. It will implement a minimum tax rate of fifteen percent on the largest corporations, closing tax loopholes that have allowed companies to avoid paying what they owe. Right now, middle class Ohioans pay more in taxes than many multinational corporations. It’s wrong – and we’re taking steps to fix it.

We are also taking the first step to rein in Wall Street stock buybacks in decades. Corporations spend trillions buying back their own stock to reward CEOs and other executives, at the expense of investment in workers, jobs, and innovation. For the first time, we’re going to tax those stock buybacks – it’s an important step to rein in corporations rewarding their shareholders over workers, and one that will make sure taxpayers benefit if they do.

And at a time when Ohioans are struggling with higher costs, this will lower energy costs for working families in Ohio, and position Ohio to lead in growing industries. We know that our competitors like China are investing in new energy technology – we cannot fall behind. We want that the energy and manufacturing of the future to not only be developed in America, but to put people to work at good-paying jobs in America.

This bill will spur investment in innovative new energy technology and support Ohio jobs, benefiting companies like Sunpower in Athens, which has developed a promising electric power generation technology. And as we transition to renewable energy sources, this bill makes sure solar panels, wind turbines, and electric vehicles are manufactured right here in Ohio. These investments will help reduce carbon emissions by roughly forty percent by 2030.

When Wall Street and corporations run the economy, no matter what goes wrong, working people always pay the price. This bill stands up to powerful corporate interests to make our economy work better for everyone, not just those at the very top.

Sherrod Brown (D-OH) is a U.S. Senator for Ohio. He can be reached at 1-800-896-6446. Viewpoints expressed in the article are the work of the author. The Miami Valley Today does not endorse these viewpoints nor the independent activities of the author.