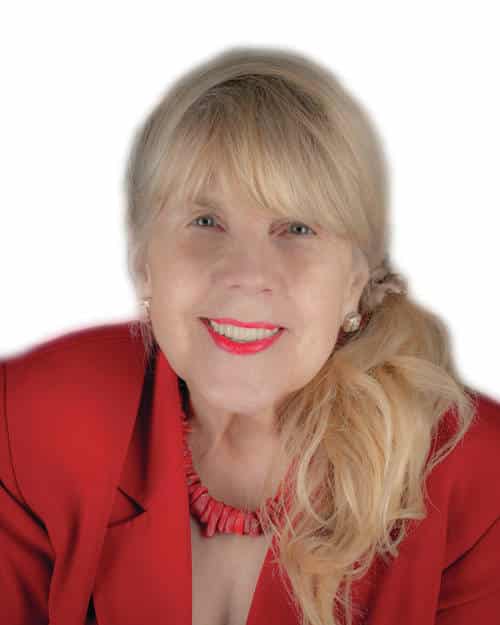 A little history: Back in the day when I was a young professor at Urbana College, Dr. Emily Taylor came from the American Council on Education to deliver a presentation on women. I was impressed, and before long, Drs. Dorothea Harvey and Mary Kay Klein and I were team-teaching a very popular course entitled “The Changing Roles of Women.” I’ve been thinking lately about that initial impetus to my thinking seriously about my role as a woman in climbing the hierarchy in higher education to eventually serve as chancellor of a very large college district in California.

My interest, therefore, has been piqued by the political uproar that resulted when in the confirmation hearings for Judge Ketanji Brown Jackson, Senator Marsha Blackburn asked Jackson if she could provide a definition for the word “woman.” Most knew that this was yet another political ploy designed to entrap. Jackson’s answer was, “No, I can’t. Not in this context. I’m not a biologist” as she declined to step into a quagmire where only harm to her could result. Would that we all were that astute!

Before the hearings began, we knew what the outcome would be as we’ve watched these shenanigans go on for decades. The sole exception to what we anticipated was the three Republican senators who voted in favor of Jackson: Collins, Murkowski, and Romney. I consider myself a moderate, relatively politically knowledgeable. I wonder what all those folks who voted against Jackson believe the impact of their vote will have on them from many voters the next time they are up for re-election. One such group is African Americans, only 13% of the U.S. population, but a vocal group often unified politically by their loyalty to family and church.

With all the uproar about gender issues, I asked a few of my friends to comment on what it is to be a woman. I’ll conclude the column by citing an excerpt I read recently in a comprehensive explanation of these gender issues by a Texas medical doctor, something politicians might want to study prior to making public statements.

If you are a woman, how do you respond to some of these replies? Or if you identify as another gender, perhaps you’d like to respond:

• Jane Fox, a retiree of the University of Wisconsin/Madison who is competent in several languages, has studied linguistics, and now lives in Jerusalem, reports the following: “I think we need different terms for physical gender and for social gender. For example, we need a term for being pregnant but presenting as male.” She continues, “Some of us speak languages which have no gender; others speak languages in which only third person singular pronouns have gender. Speakers of different languages pay more or less attention to gender from infancy. In other words, the issue is more complex than most think. Surprise!”

• Pamela Lawson, a union leader in Florida, writes, “I am a plethora of characters and personas: daughter, friend, sister, mother, grandmother, lifelong learner, educator, professional. The definition of my womanhood is a complicated and lengthy dissertation.”

• Susan Turley lives on the West Coast where she serves as a chaplain, plays piano, and paints watercolors. She indicates, “I am a human being who loves the ever-evolving process of being human.”

• Robin Checkwicz, Florida resident and AT&T retiree who is a clerk in a law office, says, “I love. I care. I teach, I protect. I understand why people act like they do: why they hate, why they destroy, why they hate those who are different. I prefer to look, however, at the world through rose-colored glasses. I’m a woman and a doer, a friend, daughter, wife, and mother. ‘I am woman, hear me roar’-sometimes softly and sometimes loudly.”

• Susan Armour-Tesno, a Kentucky transplant and corrections provider of substance abuse assessments to non-violent drug/alcohol offenders, says, “I am still about who I am. What I am is an advocate. I must have been an advocate for many, many years even if it means advocating for logical consequences for negative behaviors.”

• Vivian Hazell, founder of Beyond Boundaries of Autism, relates, “As a woman, I can say that what I have called upon most of my life in most of my interactions is finding balance. You know, trying to avoid the ‘tipping points’ that would have the house of cards I worked to create from tumbling over! What I treasure in all the women I meet is the assumption that finding balance is called upon in relationships, money, health, work — and striding into each day.”

• Alabi Ayo, California college professor, indicates, “In teaching, I must often speak of women as the surviving sex in the face of many expectations, obligations, barriers, challenges, and outright abuses. However, as a mother, I have learned that to define women only by how they survive a world filled with inequality overlooks who they are innately: woman is her own thriving, self-guiding spirit that aligns with God-given gifts and fortitude to bring humanity together with her leadership and meekness throughout her life- even when this is not manifested physically. She is never what she seems simply because the outside world is in constant turmoil.”

In conclusion, I believe that each of these women is busy with her life and has no need to deliberate in the political arena. For persons, however, who want to consult the medical experts, go ahead. An outstanding posting on Facebook by Dr. Joseph McCreight, graduate of the University of Texas /Austin, graduate of the University of Texas Medical School/San Antonio, adjunct clinical professor of Texas A&M College of Medicine/Round Rock, and practitioner, does an outstanding job of explaining the biology of gender, but concludes with the following statement that many should consider: “The human brain and human body are complex and wondrous and get it right almost every time, but sometimes they get it different. And different should not be wrong, and different people and their families should not be attacked by their own government.”

PS: I had to add a postscript after I read in the April 24, 2022, issue of The Dayton Daily News that a man “sent messages to Merriam-Webster in which he threatened to shoot and bomb its offices because he didn’t like the company’s dictionary definitions related to gender identity.” Maybe we should all check out these definitions online at the dictionary’s web site.

Vivian B. Blevins, Ph.D., a graduate of the Ohio State University, served as a community college president for 15 years in Kentucky, Texas, California, and Missouri before returning to Ohio to teach telecommunication employees from around the country and students at Edison State Community College and to work with veterans. Viewpoints expressed in the article are the work of the author. The Miami Valley Today does not endorse these viewpoints nor the independent activities of the author.